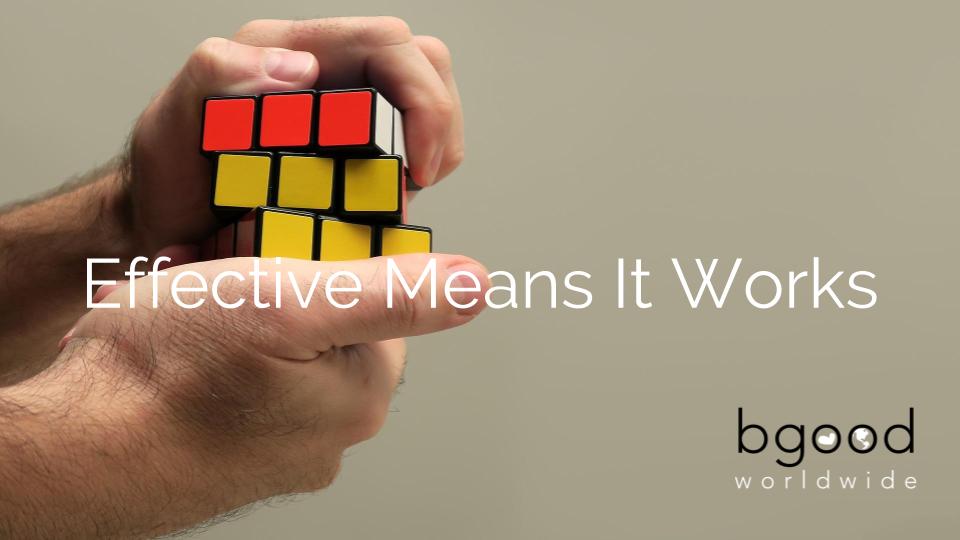 I often wonder, “why develop leaders?” Who are these so-called leaders and what do they really do anyway? If you were to Google the word leader you’d come back with, “a person who leads or commands a group, organization or country.” Okay Google, I agree leaders are taking on positions to influence others but it’s a bit vague to use the word in its own definition. At least that’s what I’ve been taught. That definition also eludes exactly what activities, what actions these leaders are doing.

When I first entered the leadership development field in my early twenties I found that question hard to answer precisely. There seemed to be dozens of ways researchers, organizations, universities and companies were defining leaders and leadership. I suppose there will always be different ways to define these words but after ten years in the field I’ve personally come to terms with my own definition of leadership. Let me explain through a couple short stories.

The international outbreak of the SARS virus happened in 2002. Doctors and medical researchers detected, analyzed, collaborated, and then synthesised an antidote to the virus in just twelve weeks- twelve weeks! Sixteen nations around the world studied the outbreak, communicated each morning through video chat, shared research data through online file storage portals, and in less time it takes to complete one college semester, they solved a highly complex international virus outbreak with real world and real-life consequences. It is a remarkable testament to the impact people make when given the tools and opportunity. James Surowiecki does an incredible job going into the full story in his book The Wisdom of Crowds.

Another example. In 2015, the chief of Peru’s forest inspection service, Rolando Navarro, was investigating Lumber Liquidator Inc. for engaging in the illegal deforestation and sale of lumber from rainforests in Peru to international markets. According to the United Nations, illegal lumber is a $50 billion a year enterprise with many powerful parties part and parcel to its activities. Yet, with the assistance of instant communication tools between countries, live GPS trackers and video feeds, and online language translation tools for hundreds of thousands of documents, Navarro and US Homeland Security was able to deny entry of 1,770 metric tons of illegal Amazon rainforest wood into US markets. It was a small victory in a huge illegal trade but it is proof to what is possible when people, technology, and continuous effort is applied to solve complex problems.

One last example with a local origin. In 2002 Tanya Seaman co-founded a startup called PhillyCarShare, a non-profit car sharing organization. Their goal was to reduce the number of cars on the road, promote gas saving and hybrid vehicles, reduce pollution, save money, and promote a car-free lifestyle for its members. It was a huge success, had 13,000 members using their cars in just five years, had a fleet reduction partnership with the City of Philadelphia, and saved thousands of gallons of gas, money and pollutants from entering the atmosphere. Through PhillyCarShare’s website, with a personalized key fob, and a credit card, members could instantly rent hundreds of cars by the hour, 24 hours a day, seven days a week. It was the Uber before Uber existed.  Most interesting to me, PhillyCarShare was a non-profit with a mission to alleviate car ownership in Philadelphia in order to address environmental concerns. Its’ goal wasn’t to make a billion dollars but rather to make a positive impact for members and the environment. Even more interestingly, PhillyCarShare was bought by Enterprise in 2011 and was renamed Enterprise CarShare.

What do these stories all have in common? They all feature problems that needed solutions and individuals who took the attitude that they could make an impact, acquired the knowledge to do so, developed the skills to build support for their solutions, and implemented the habits, day-in and day- out, it takes to succeed in the face of adversity. They all feature individuals who developed their leadership capabilities, integrated useful technologies, and built teams to solve complex problems  in order to make the world a better place, in their own unique way.

So why are we focused on developing the next generation of local and global leaders? Because we know there are lots of issues in our local communities and beyond that need to be addressed; in government, medicine, education, energy, housing, agriculture, philanthropy, in literally every area of business and commerce. And in ten years from now we know we can make positive progress in all these areas if we have individuals who help take on leadership to move the needle forward.

So who are leaders and what do they do? Leaders are individuals who have the attitude, knowledge, skills, and habits to effectively solve complex problems of public importance.

Our mission is to provide access to and deliver the highest-quality leadership programs in order to empower the next generation of local and global leaders to positively impact the world.