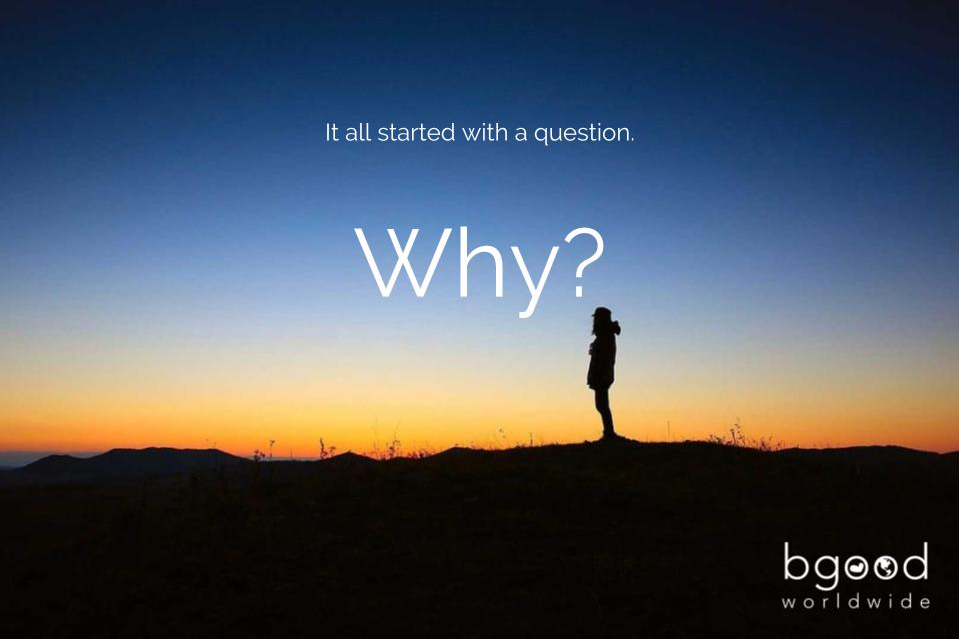 It’s funny how when you’re young you have this idea of how your life will turn out and then as you get older you realize that life had a completely different plan. At least that’s been partially my experience. I always imagined I would go into finance because that’s what my mom did and she was my role model. Hey, it could still happen, but probably not and that’s okay.

Life did have one definite plan for me though, and that was to go to Temple University. All the people I love and looked up too went there; my grandparents Harvey and Selma went to Temple, my mom went to Temple, my step-father went to Temple, so naturally, after I graduated from boarding school I went Temple. I had it all figured out too. I would study International Finance in the Fox School of Business and in four years I’d graduate and go work for some international firm. But after one course and a question from a ten-year-old boy that all changed.

In business school, and I imagine they still do this, you’re required to take a public speaking course. My professor charged the class to select one topic to research and give speeches on that topic for the duration of the semester. After of year and a half of business courses, I felt bored and I choose to research something out of the box for me; I choose the Philadelphia School District. I hadn’t gone to public school in Philadelphia, I knew I never wanted to be a teacher or work in a school, but I remember not hesitating at all. Something drew me in.

At the time, the high schools in the district were nicknamed “failure factories” because the graduation rate lingered just above 50%. That is to say, 50 of 100 high school seniors graduated with a diploma, if they even made it to senior year.

During that same time, I was working part-time for Arthur Ashe Youth Tennis and Education teaching tennis at local recreation centers, mostly in North Philly. It was a tough sell some afternoons trying to get kids excited to play tennis when other kids were playing basketball on courts just twenty feet away. Even tougher was getting the kids in the program excited about completing the educational workbooks and activities we were required to teach before they even got on the court. It was an incredible period in my life, tough, but incredible.

This one afternoon I had a particularly bad practice. It was a Friday afternoon, my co-worker was a no-show, the tennis net had been torn down the night before, and I was short on patience. I ended the educational activities early and figured I’d at least get the kids on the court to play some games. Or so I thought. I lost six or seven of the kids just walking out to the courts and could tell the remaining ones were thinking about making a dash for it. So there I am with five or six kids left trying to be the best coach I can be, trying to be excited so the kids could feed off that energy, but just failing miserably. After about ten minutes of trying to “force” excitement about tennis practice one boy said, “Coach Ben, we never gonna be good at tennis. Why should we even try?!” That question hit me like a ton of bricks. I remember looking at that boy, looking around the court, and trying to put myself in his shoes. He had a point. Why try? Why try to excel at anything?

Back in my public speaking course, my speeches changed their focus as the semester progressed. When the course started my speeches reflected a business minded student. I was researching and talking about staff structure, training methods, teachers evaluations and compensation, success rates of new programs, working within constrained budgets, and trying to get the most bang for your buck. By mid-semester my focus changed. I became less concerned about specific data on student test scores or how different programs impacted the district budget and became more concerned with why would students try to succeed in a failing school system considering all of the other trauma and adverse circumstances they face? Why try at all?

Finally, the semester was coming to an end and I had one last speech to give for my course. I didn’t talk much about the school district at all. Instead, I spoke about that ten-year-old boy. I spoke about the community he grew up in, about his mother who sometimes yelled at him during practice from the outside of the courts but loved him dearly, and I spoke about this natural charisma he had which influenced the other kids in the program so effortlessly. Four weeks earlier that boy challenged me by asking Why try? Why try to excel at anything? I didn’t have the answer then, and it’s been over ten years now that I’ve been in the pursuit to find it. But that question changed my entire thinking about how I wanted to spend my time. At the end of that last speech, knowing I was going into unknown territory, I closed with, “And that’s why I transferring to the College of Education next semester.” I did and never looked back.

That boy continued to challenge me and am happy to say I’m still in touch with him. He was part of that program through middle school, joined the high school leadership program I use to run, traveled with our team nationally, and even internationally on a school build mission to Haiti. I watched him graduate from high school, enter college, the reserves, and the workforce. That young man is incredible and with many other young men and women and some truly talented staff, we learned together the answers to that question of why try.

Our mission is to provide access to and deliver the highest-quality leadership programs in order to empower the next generation of local and global leaders to positively impact the world.